Straw Marquetry was developed in the 17th century and is still a practiced art form.  The process begins with straw in its natural form, it is then sliced and flattened. Then it is a glued to a substrate piece by piece to create a design.  There are various ways to change its natural appearance with coloring through dyes or fumagation, etc.


It starts with a bundle of raw straw 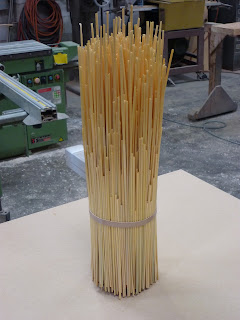 Next it must be sliced open, some people use their finger nails but frenchy has created a slicing machine (patent pending). 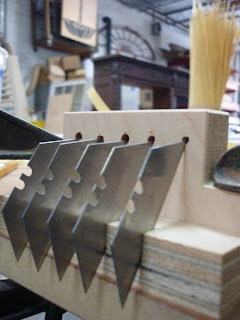 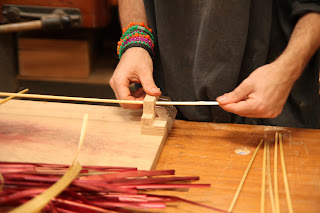 Once the straw is opened, it must be flattened. 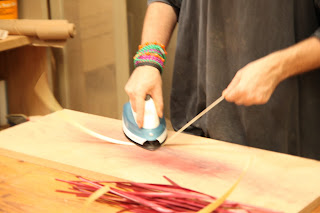 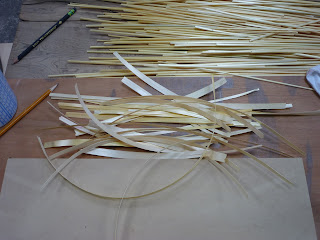 In this case frenchy chooses a clothing iron, however there are many other way to do this step.


Flattened straw, ready to be glued. White glue is best because it can be cleaned off of the straw with rubbing alcohol or vinegar and water. 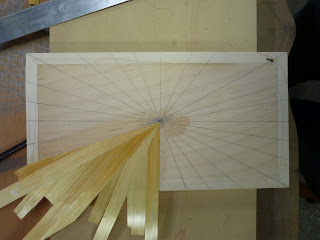 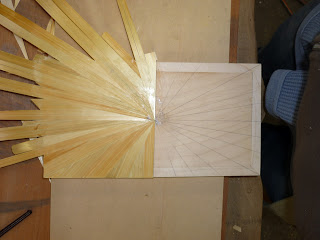 Glue three pieces parallel to each other then trim back to the angle center then repeat the process; always keeping the center defined. 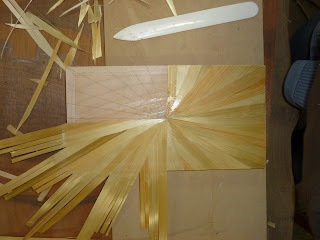 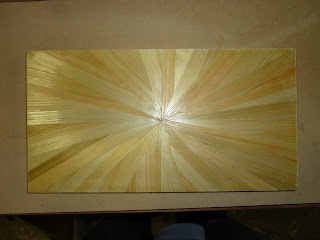 Here is the final result of the practice.

The only things needed for straw marquetry are white glue, brush, razor, and bone folder. 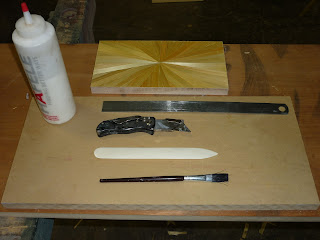 To be continued with Frechy's masterpiece.

As we promised you a long time ago, here is Frenchy's Master piece. This three-leaved screen has been realized at Heinz Gautschi Holz Work. The piece has been entirely made out of plywood and straw marquetry. Bellow you can see the procedure it takes to realize it. 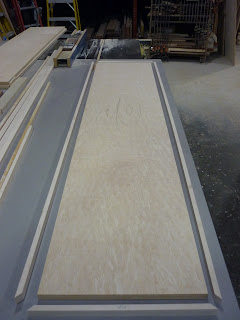 The first step of this project is to create a structure on which the straw can be applied. Since I am using plywood as my sub-structure, I must edge band it to have a stronger border. 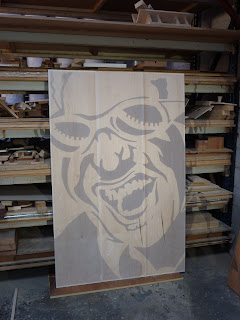 Then, with a projector, I project the design of the design and redraw on top of it. 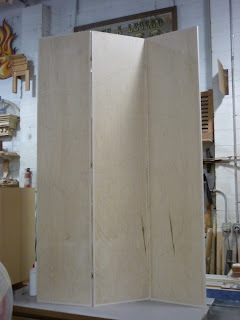 Here you can see the three-leaved screen hinged together with the drawing and ready to be strawed. 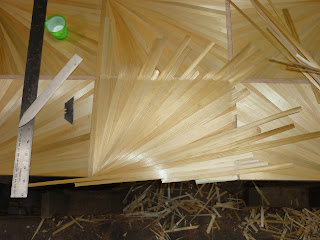 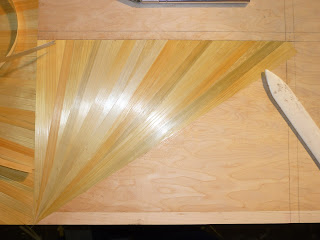 On the back side of the screen, I have laid out a traditional straw marquetry pattern.  Each piece of straw has been flatted and glued one by one next to each other. 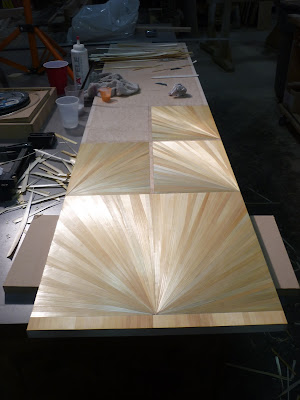 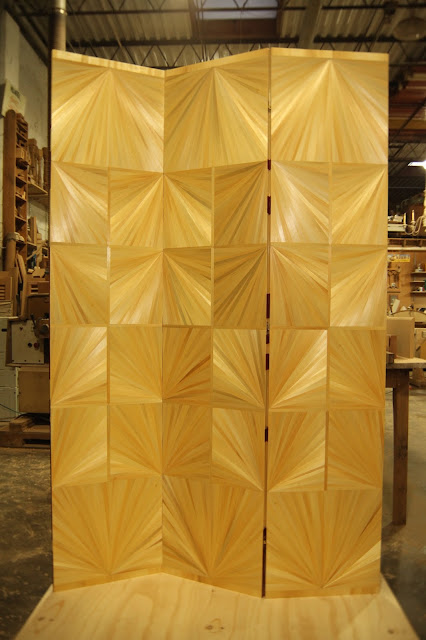 The back is done, now let's start the front !!
Posted by Heinz Gautschi at 6:09 PM No comments: